The Geography of Investment - An Infographic

One might reason that in today's world of telecommuting and virtual markets, the physical location of one's startup would be irrelevant to VC Investors. However, despite concerted intervention from state and local governments outside Silicon Valley, venture capital investment has largely remained concentrated on California's sun-kissed shores.

According to the Brookings Institute, in 2016 the San Francisco and Silicon Valley region led the nation receiving $4,433 per capita in venture capital, leaving an average of just $206 per capita for everyone else. In case you're counting, SF and SV are beating everyone else 21-1. With this in mind, let's take a close look at the clustered nature of venture capital investment. 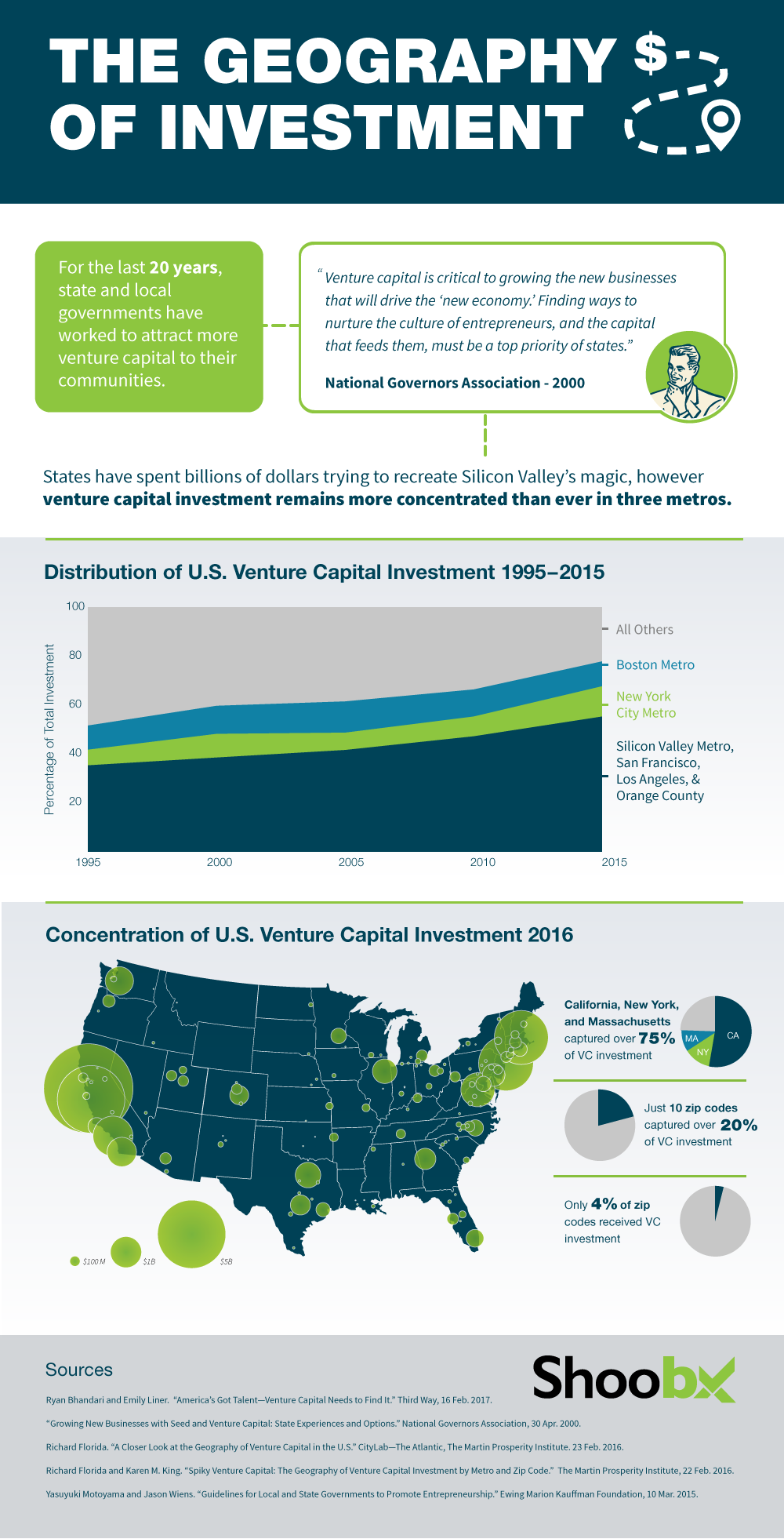 Richard Florida. “A Closer Look at the Geography of Venture Capital in the U.S.” CityLab—The Atlantic, The Martin Prosperity Institute. 23 Feb. 2016. Accessed 23 Jun. 2017.

No matter where you're investing, the details matter. Keep them all in line with Shoobx.