The choices you make during your first few fundraising rounds can cascade all the way to your exit. When it comes time to scale or grow your company, you may want to raise money from investors. In doing so, you will likely need to expand the number of issued shares in your company which means your slice of the company will be diluted. However, just because your ownership percentage in a company decreases does not mean that the value of your ownership is diminished. A smaller slice of a bigger pie can be more valuable than a bigger slice of a small pie.

During a financing, investors may encourage the creation of a Stock Incentive Plan, if one does not already exist. A Stock Incentive Plan reserves a block of common stock in the company—often referred to as an "option pool"—as incentive compensation for current and future employees.

This option pool typically makes up about 15% of a company’s total shares after an investment round (based on the post-money valuation). In most cases, this option pool will come from the founder’s portion. In other words, the founders will be diluted in order to make sure that the option pool contains 15% of the company’s total value. Using the same example above, if the investors insist on founder dilution in order to maintain their 20% ownership:

The founders no longer own 80% of the company, as was the case before the option pool was created, and have been reduced by a 15% ownership stake in the company.

The dilutive impact on founders makes it clear why the size of the employee pool is a frequently negotiated term in financings. Ideally, the employee option pool allocation is just large enough to comfortably cover the incentive stock option needs between now and the next round of funding. If the company needs to make key hires in order to operate, a larger pool will be needed than if the team is already in place. Negotiating an option pool with investors is crucial, and the precedents established in early rounds will be the starting point for negotiation for later investors.

As the company grows, dilution will impact all existing investors (whether that be through employees who have exercised options or investors). Each round of funding on the horizon will fuel company growth but also brings further dilution for the company founders, even though their stake in the company may be worth more due to the increased valuation. For example, let’s assume that now the company is raising their next round with a pre-money valuation of $40,000,000 and a post-money valuation of $50,000,000 to demonstrate that dilution has a snowball effect:

While this is an oversimplification, because pro rata rights are not demonstrated and neither are liquidation preferences, it is clear that valuations, option pools, and multiple rounds of funding can contribute to the dilution of the founder’s percent ownership in a company.

Although it is nearly impossible to predict with certainty the effects of multiple rounds in the future on founder dilution, Shoobx does make raising your next round simpler by allowing you to model the percent dilution experienced by the founders in an upcoming funding round. Keeping these different levers in mind when approaching investors will hopefully allow you to tackle the fundraising process in a smart way when you sit down to review your next term sheet! 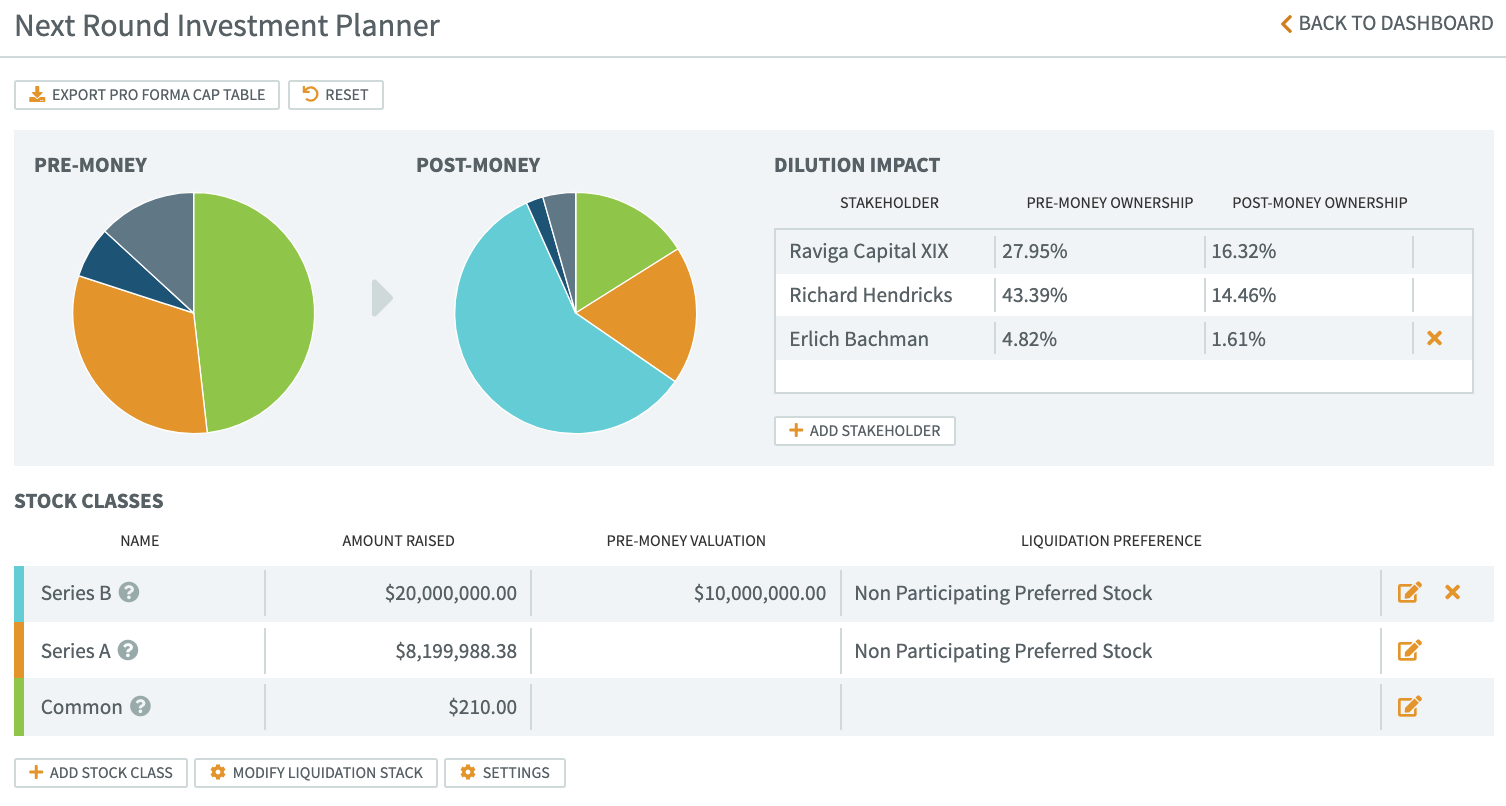 Raising an Equity Financing Round?

Get our free guide that covers everything you need to know about raising an equity financing round, from finding a VC firm to actually closing the deal.